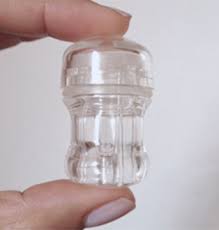 Fertility Partnership offers In-Vitro Fertilization  based on the device called Invocell.  The general idea is that the body is used as the incubator and many of the costs of the laboratory are saved. The device has been in use for many years and has gained popularity as we learn how to maximize its benefits. Its high success rates and lower costs are fueling its growing popularity. Dr. Elan Simckes, Medical Director Fertility Partnership, performed some of the earliest testing of the device in 2006.

Invocell is a small container in which eggs and sperm or fertilized eggs are placed. The capsule is then placed in the vagina where the temperature is correct and embryos grow.   Fresh sperm from a partner or frozen sperm from a donor may be used. We typically perform ICSI to ensure maximal fertilization (no extra charge). The Invocell device is then placed into the patient’s vagina and she carries it usually for 5 days. Embryos are formed and maintained in the device, avoiding the expense of the laboratory. After 5 days the device is removed, the embryos are retrieved and they are then placed in the uterus just as you would in IVF. Invocell attains nearly the success rates of the more traditional forms of IVF, at a much lower cost.

Invocell can be used in couples where the man has low sperm count. ICSI, or Intra-cytoplasmic Sperm Instillation, is used where individual sperm are collected and directly introduced to the egg. Invocell can be used for men who have had a vasectomy- often less than the cost of the vasectomy reversal!

Invocell is ideal for same-sex, lesbian couples who typically begin their journey for family with IUIs, Intrauterine Inseminations. The cost of one Invocell round is less than the average cost of the 4-5 rounds of IUI required to achieve the success rate of one round of Invocell. This is a financial advantage over IUI. Also, one partner can donate the eggs, the other carries the device for 5 days, the embryos are then placed in the original (egg retrieved ) partner. That way both parents have “carried” the baby.

Invocell requires less time at the clinic, fewer blood tests, and significantly fewer medications.  It costs less also for the fact that the embryos are in You, not the lab.