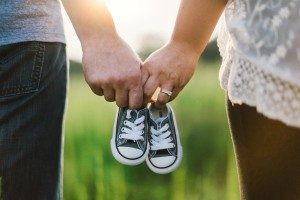 Almost every day a patient come to me for help in achieving the dream of having a baby and the chances that I can help them is very small. Too many of these couples, I just want to say “it’s too much of a long shot, your chances of success are  so low, do you really have the emotional and financial resources to go through this process and fail?” For some, it would be yet another failure and blow to their already grief-laden hearts. For some doctors, it’s just very easy to know what to say to these couples. If the chance of success is slim or remote then they strongly discourage them from proceeding with advanced reproductive techniques. While these practitioners may be sparing these couples a likely failure they are also jealously guarding their “success rates”. My own natural inclination is to let the patients know how low the odds of success are but at least give them a chance. On the other hand, there is a risk of giving people false hope when the odds of them getting pregnant and carrying to term are very slim. The dilemma what to do with advising couples in this situation speaks to the very heart of the two pillars of medical ethics which are based upon Autonomy-right of patients to make their own choice and Beneficence- the requirement of the caregiver to provide a true benefit. The American Society for Reproductive Medicine actually has guidelines for these situations and I try to do my best to follow them. In the end, I would never deny a patient a chance to at least take a shot as long as we understand that we may stop if we are not making progress. Sometimes it works and they get pregnant.

There was a woman from Trinidad was 42 years old or arrived at my clinic. She had no children has focused on her career in business up until this point. An ultrasound and blood test told me that her overbearing reserve was pretty much the bottomed out. Everything else was normal and so was her husband’s sperm. I explained to her that she really needed to think about an egg donor. She told me that she had a clear understanding of and low chance of success that she believed it was going to work and was not only willing but desperate try. She had been denied access to technology and other clinics. During her IVF cycle, I managed to retrieve only 2 eggs (a very small number) that resulted in one single embryo and that child must be for five years old now.

We recently had a patient from southern Illinois also an early 40s with a very low egg reserve. She should have been guided into other options but she chose to move forward. She told me she was an only child and her own parents were in their 70s had no grandchildren. She was a woman of great faith and was convinced that utilizing this technology, despite the great expense, was the way to go. We actually got her pregnant the first attempt of in vitro fertilization and she sadly miscarried. Two months later she came back, undeterred, convinced that this was what she needed to do to have the child and give her parents their first grandchild. You can see me holding that baby on our Facebook page.

All St. Louis fertility clinic doctors have stories like this where the odds were so tiny and yet there was a success. And so when I asked myself what was the common denominator between these unlikely triumphs I found a single comment’s thread. These women absolutely believed in the process. I can even remember times when I would look at them, likely with doubt in my eyes, and they reassured me that this is what they wanted. They were ready for their miracle.